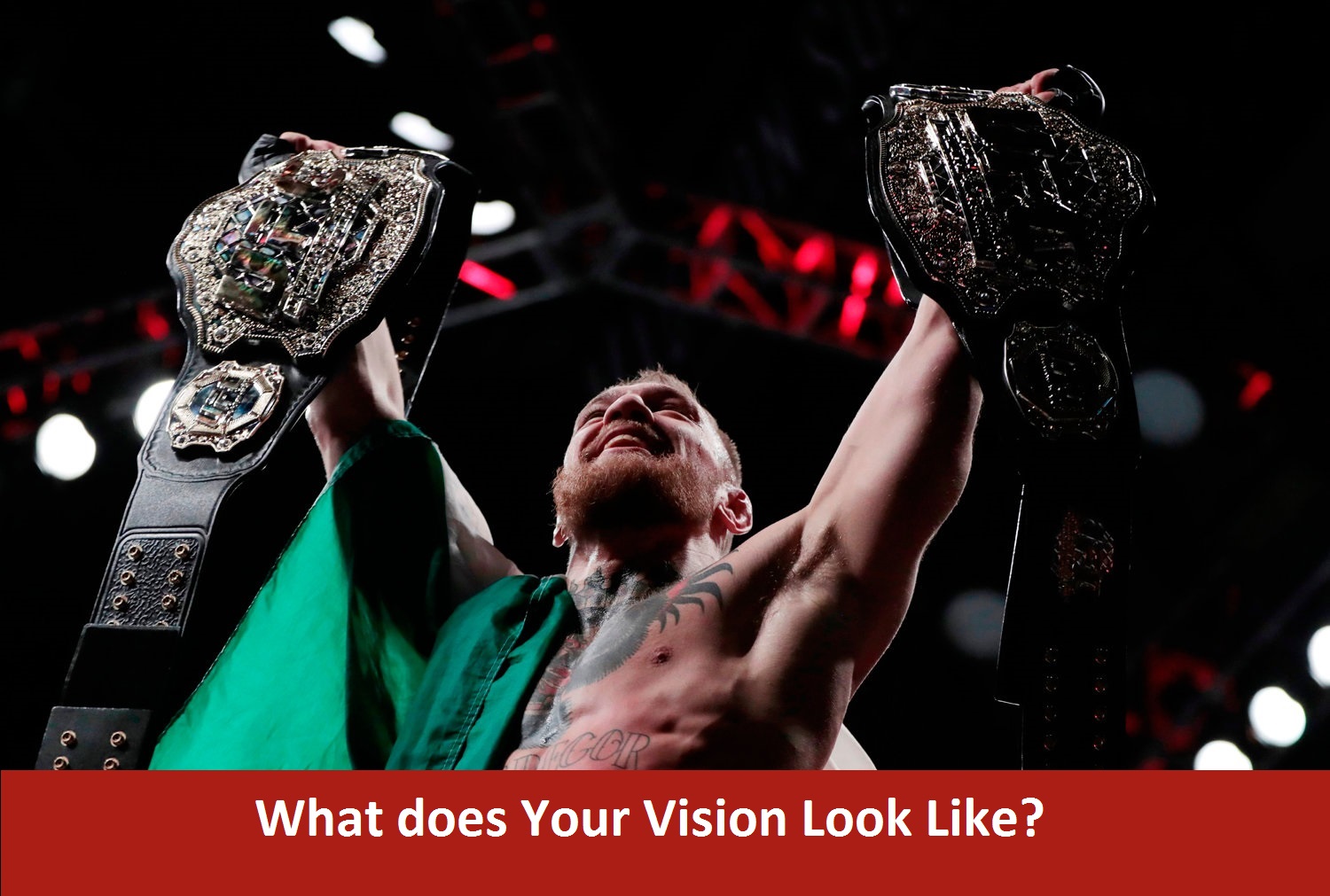 Irish MMA fighter Conor McGregor made UFC history when he became the first UFC fighter to win 2 Championship Belts, in different weight classes, simultaneously. There are 7 clear parallels that we can draw between McGregor’s rise to success and that of a successful Lean journey.

1. Start with A Clear Simple Vision 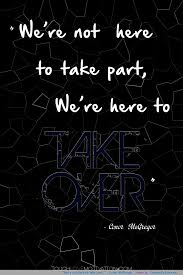 Conor McGregor has engaged both the nation and indeed the globe with a simple vision. From his signing with the UFC in 2013, he announced to the world:

“It’s only the beginning. I’m here to take over. I’m not here to be the token Irish guy. I’m going all the way to the top.”

McGregor reiterates his vision at every opportunity with great conviction with such declarations as “We’re not here to take part, we’re here to take over.” And on winning the Featherweight title in December 2015, McGregor refines his Vision to

“I will be a dual weight champion” 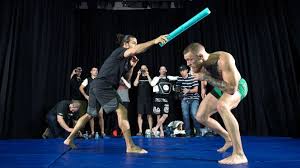 To achieve this Vision, multiple skills including Boxing, Kick Boxing, Jujitsu and Wrestling are required. McGregor surrounds himself with capable people. He has differentiated his style of fighting to include a different way to Move and trains with renowned movement coach Ido Portal.

McGregor truly believes in his team. Observing McGregor during any fight, he actively listens to feedback from his corner and acts on this feedback. The team collectively remain calm, with clear communication channels that delivers results.

Critical to any fight is fitness and skill. McGregor will train 11 hours per day, translating techniques from the conscious to the subconscious. He completes standard work in terms of how to move, how to attack and how to defend. And when a fight isn’t going to plan, he has completed scenarios during his training to address these tricky situations, error free.

5. Always move forward as “You Win or You Learn” 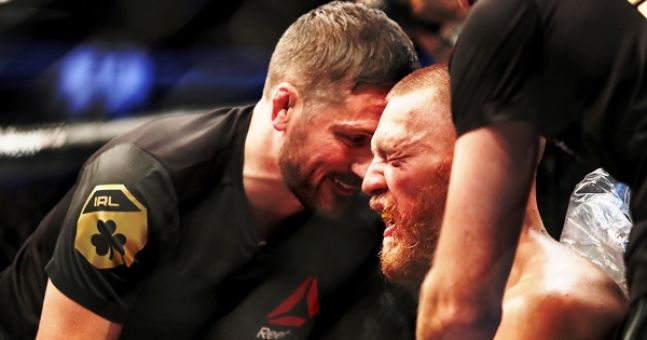 Even with scenario planning, incorrect decisions can be made during a fight. After
McGregor’s loss to Nate Diaz came the inspiring philosophy from head coach John Kavanagh

“You win or you Learn”

With this great simplicity came the root cause of the loss “Over committing and gassing out”. And a new approach to a fight emerged with patience and timing, resulting in McGregor becoming the first MMA dual weight champion.

6. Stay Humble in Victory or Defeat

While it may come as a surprise to see “Conor McGregor” and “humility” in the same sentence, McGregor communicated before his Nate Diaz fight in February 2016;

“I am cocky in prediction. I am confident in preparation, but I am always humble in victory or defeat”

And after his defeat to fighter Nate Diaz, he led by this example at the post fight conference;

“I am humble in victory or defeat and I respect Nate. He came in and took the fight at short notice and done the job”

While Conor McGregor is now a household name since early 2015, his journey started 10 years ago, when he started MMA training in his hometown of Dublin, Ireland in 2006. He has trained long hours and transitioned from Cage Warrior MMA fighter to UFC stage. He has had surgery and other setbacks along the way. And with any journey that involves change, it requires patience and perseverance to achieve your Vision.

A critical element of Lean is learning from others. McGregor success is an inspirational story with 7 key learnings. Start with a clear simple Vision that anyone can see, feel and touch. Communicate this Vision with great belief that will engage the hearts and minds of everyone; employees, stakeholders and customers alike. Surround yourself with capable people, believe in them, listen to them. Train hard, well and regularly aligned with standard work to avoid errors. Integrate “What If” scenarios into training. And if an error does occur, adopt a philosophy of “You win or you learn”. And whether you are winning or learning, maintain a humble approach with patience, understanding and perseverance. And with great patience, purpose and capable people, anything is possible.

To find out more about translating your Vision into reality, click here