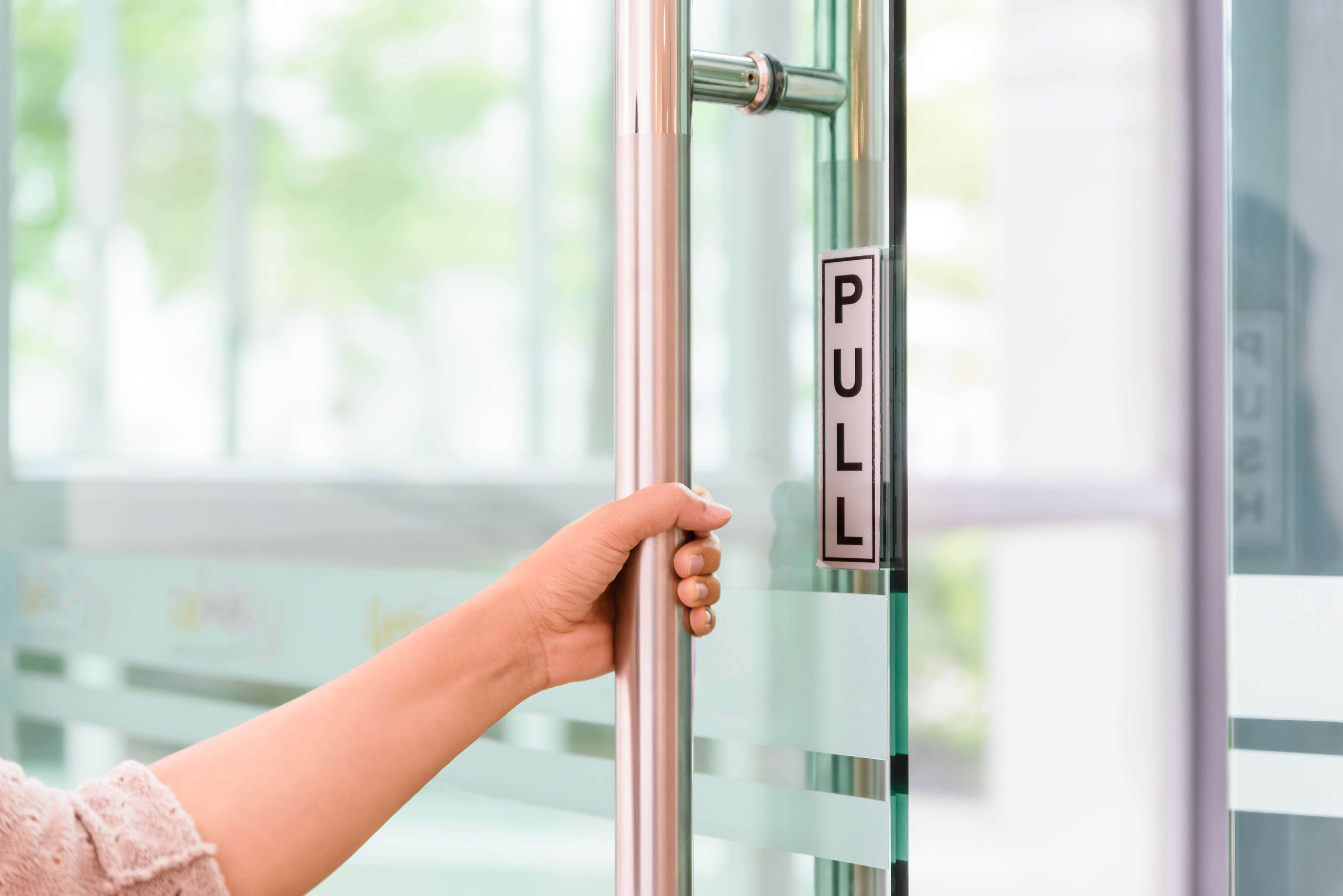 At the 2017 Oscars awards, when the incorrect “Best Picture” award was presented, what was your first question…..who made the mistake? A Human Error Based approach focus on the “how”, how did the process allow the human error to occur rather than the who. 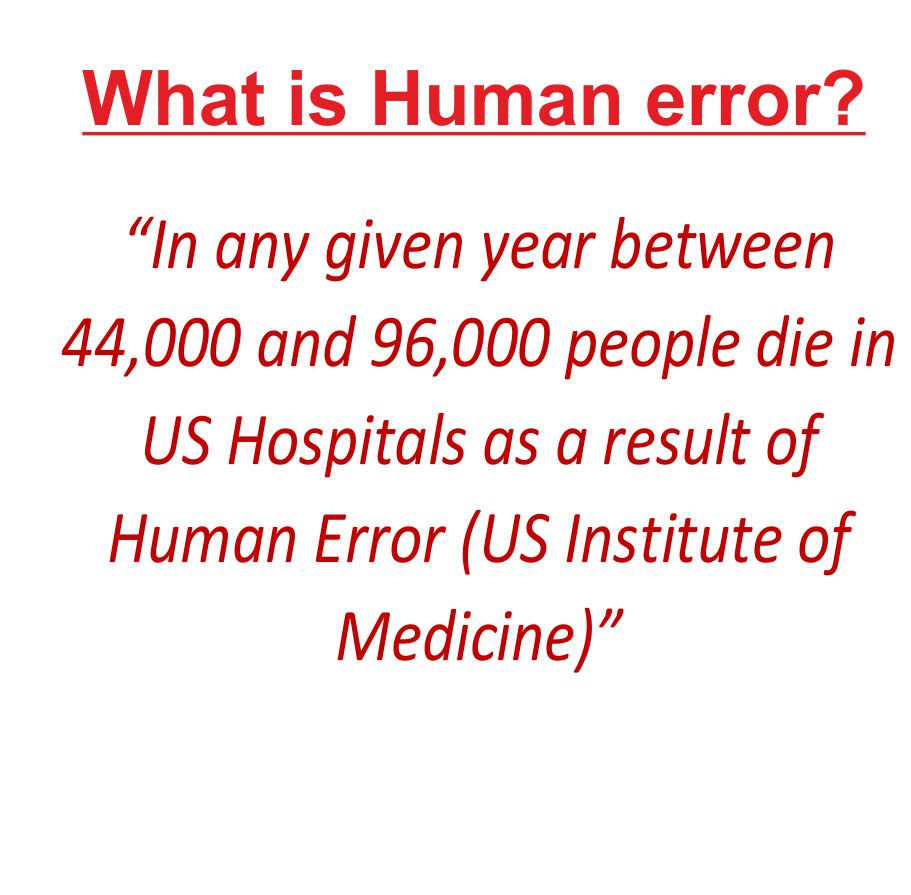 What is a Human Error?

Human error can be defined as “An Action or Decision, involving a human, which results in an unintended, or undesirable outcome”. The assumption with this strategy is that no one  intentionally makes an error.

What is a Human Error Prevention (HEP) Based Approach?

With a HEP based approach, it challenges us to go beyond the traditional approach of assigning a person as the root cause and delves deeper into the reasons that resulted in Human to create an error. A HEP based approach considers how the brain manages learning and change and focuses on both intuitive process design and empathy to the user. 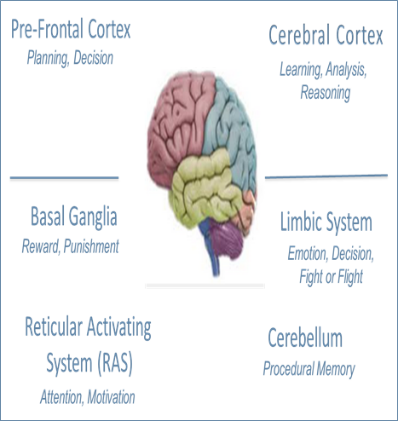 How the Brain Works?

With over 85% of our thoughts completed unconsciously daily, our brain does not appreciate change. It filters information through the RAS via our 5 senses, connects the learnings with past learnings and then transfer learnings into the Cerebellum. Given to 66 repetitions required to change a behaviour, it is critical to consider align of process design to brain functionality.

How do we Complete a Human Error Investigation? 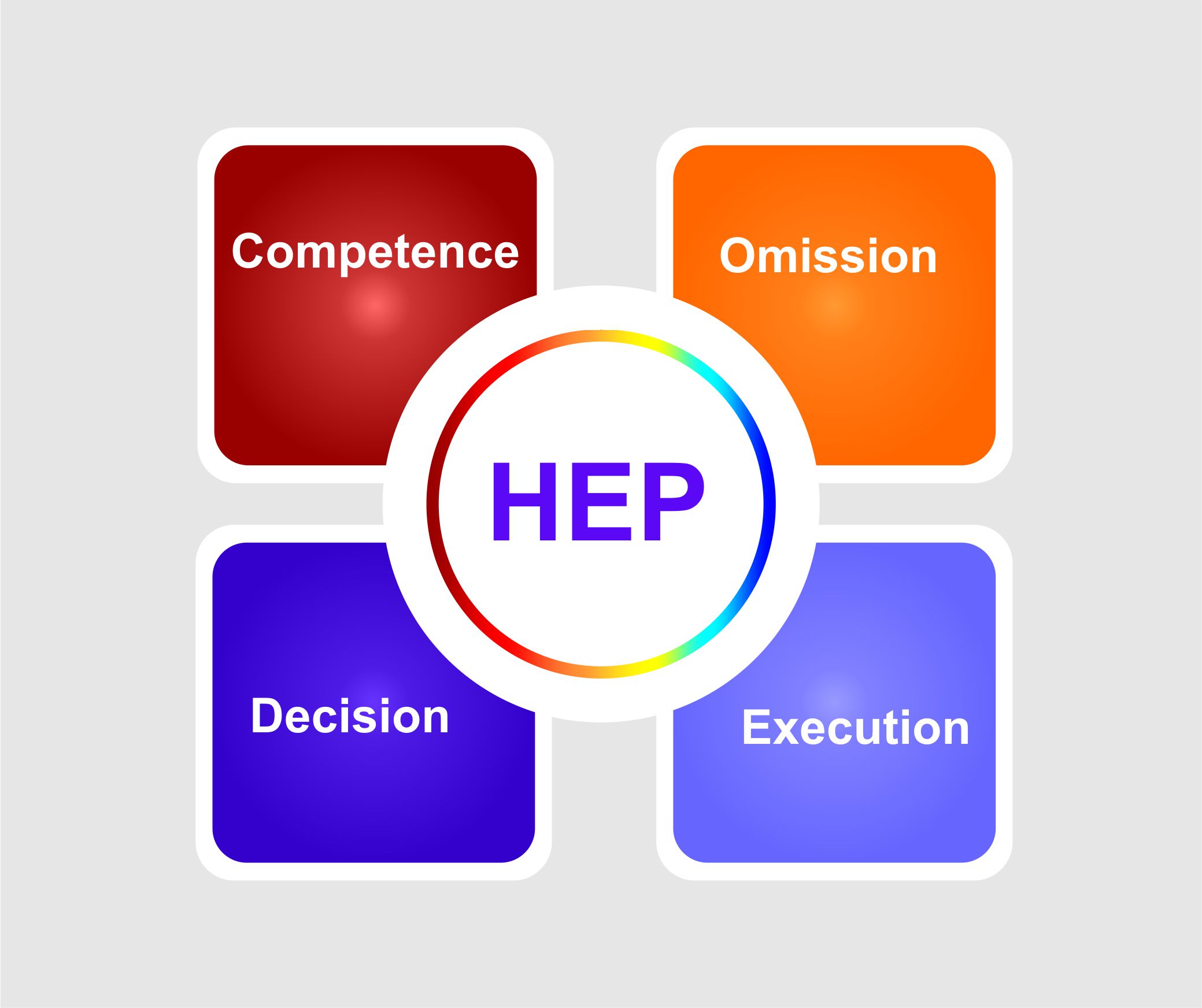 Competence errors occur when a person did not have the knowledge or skill to perform the task correctly or the knowledge to address difference scenarios.

Example: Reflecting on the Oscars 2017, an example of a competency error could be around Presenters not trained in the Scenario of what to do if they note an error on the Envelope and Card. If this training was provided, this may have contained the error on stage. 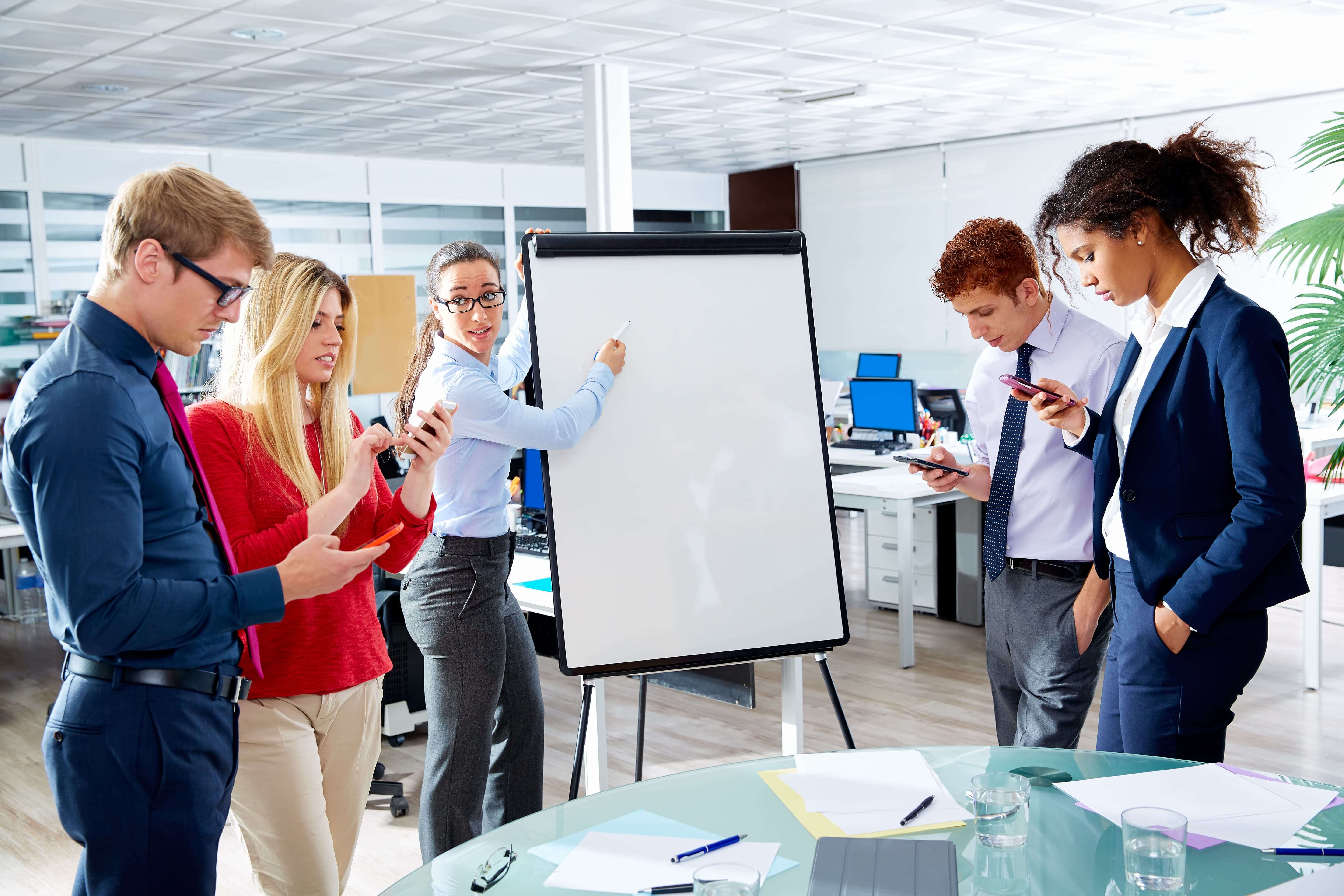 Being Distracted can cause a Human Error

Omission Errors occur when a person missed a step or did not perform an action. Our brains don’t like change, so if there is a change in sequence to the process for example, our brain continues to work in autopilot. Examples on daily life include forgetting an errand on the way home, as we always go straight home.

Example: During the Oscars, the auditor that delivered the envelope to presenters was noted as being distracted by use on social media via a phone. As auditor may have been distracted, the auditor did not notice incorrect envelope details. An action here is to prevent use of phones back stage to improve brain focus on the task at hand.

Decision Errors occur when a person makes a decision which inadvertently leads to an error.

Example: An example can be the Bystander Effect. Think of it. You are Warren Beatty. You know there are millions watching and you now think that the information on the card might be incorrect. If you are wrong, the whole world is watching. What do you do? In this example we see Warren pass the card to Faye Dunaway to continue to read out which is an example of a Decision Error. 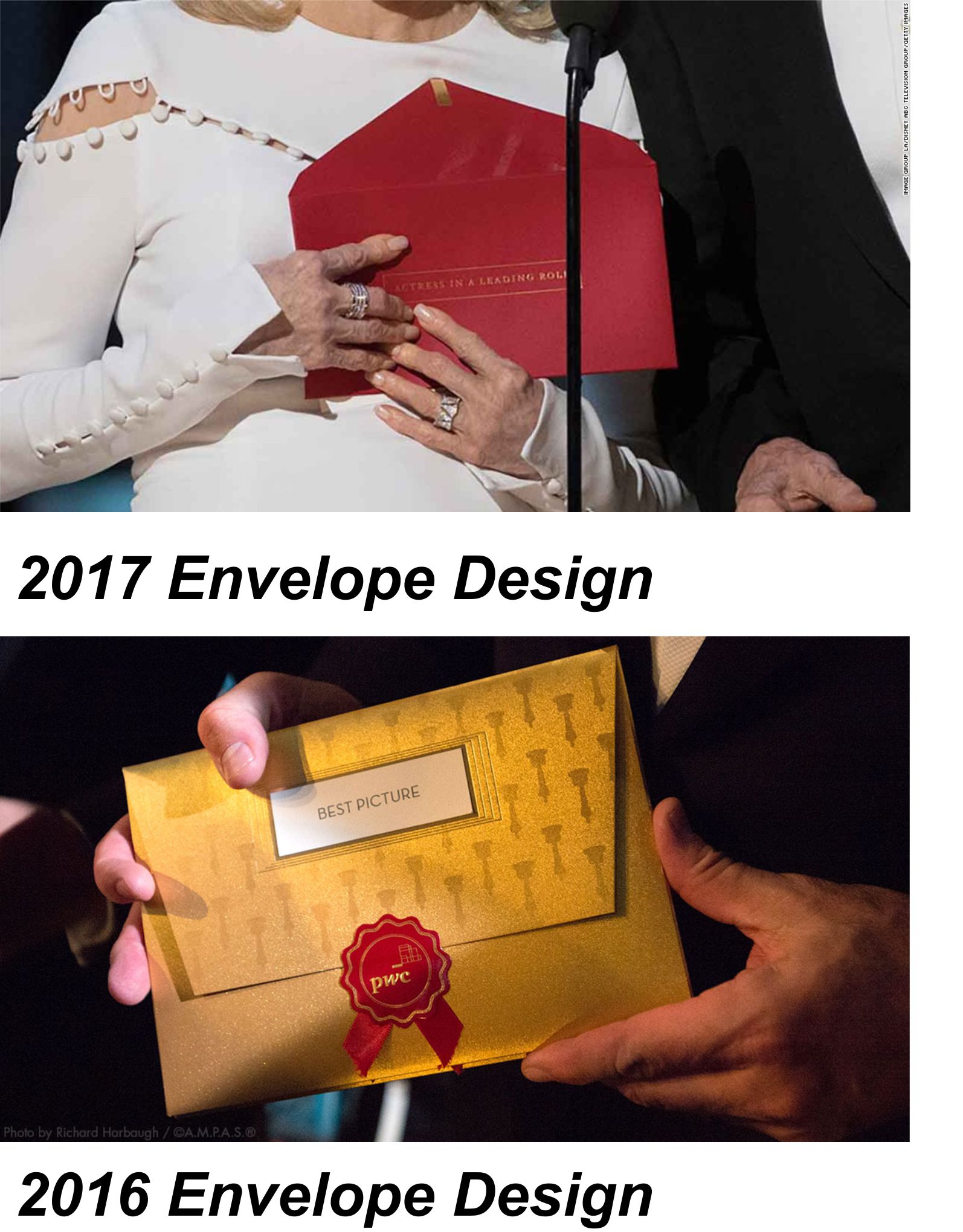 Execution Errors occur when a task is performed incorrectly, although the person was competent to carry it out. This is really asking us to design the process as intuitive as possible.

Example: Here we note that there was a design change in the envelope from 2016 to 2017. While the 2017 design visually looks impressive, it is more difficult to read the writing on the envelope. By redesigning without a HEP based approach, it now reduces the chances of preventing the error.

A Human Error based approach is a powerful cultural based approach where everyone is focused on preventing human errors. It is empathetic in terms of how our brains functions and helps us to focus on designing processes that prevent human error. The benefits of this approach not only improve the quality of our products and services, but ensures the safety of all our employees, so that we all go home safe.

An example of this full investigation can be downloaded on our Dedicated Human Error Prevention page.